Are your bad habits making your cooking less tasty than it could be?

Woeful things can happen when you mistake a simmer for a boil. (Photo: kazoka/Shutterstock)
Learning your way around the kitchen is a curious thing. Many of us learn through a kind of mysterious maternal osmosis, others are shown the ropes by the pros, and some simply muddle through on their own, figuring it out as they go. Regardless of how any of us come to know what we know, there’s always more to learn — some of it quite basic.

With that in mind, here are some of the most common kitchen mistakes and how they can be amended.

Light fluffy mashed potatoes are heaven; gluey pasty ones are gross. It’s that simple. Potatoes are starchy little beasts, it’s what makes them so good, but it can also be their undoing. If overcooked, under-drained, or mashed too exuberantly, all that starch becomes too much starch, and you’re left with something better used to affix paper to your walls. So cook until tender but not falling apart, drain them well, and then mash with a potato masher, ricer or food mill — put away your electric mixer or food processor. Consider the type of potato you’re using as well. Waxy varieties (like red potatoes) hold their shape and are great when that trait is desired (like in potato salad), but they require too much mashing and thus become over starchy. Try Russet potatoes, which are perfect for smooth mashed spuds.

If you keep your fresh herbs in a plastic bag in the refrigerator, you are likely treated to a bag of herbaceous brown slimy stems in a matter of days. There’s a better way to store them, and it preserves them for much longer. Remove herbs from the bag, trim the root ends a little bit, and then dunk them in a jar with water as you would a bouquet of fresh flowers. For cilantro and parsley, place a plastic bag loosely over the top and rubber-band it into place and store in the refrigerator. For basic, mint, rosemary, thyme, sage, and hardier herbs, keep them in their vase out on the counter at room temperature.

Common sense might suggest that keeping things cool in the refrigerator is good for everything — but it’s not. Many things that are often refrigerated don’t need to be, and worse, some things behave badly in there. Potatoes and tomatoes, for example, suffer on the molecular level and lose much of their texture and flavor. See 15 commonly refrigerated foods that don’t need to be for the whole picture. 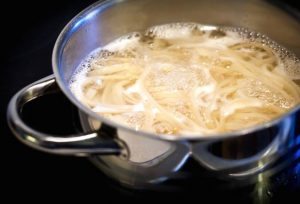 If you’re trying to save energy or water, you may be using a smaller pot for cooking pasta, but there’s a downside: you may end up with gummy noodles If you can swing a big pot, do it. Fill it with 5 or 6 quarts of water, salt it liberally (the water should taste like the ocean), let it come to a rapid boil, and then add your pasta and follow the cooking instructions.

Your pasta wants to wear its sauce like a nice jacket. When you rinse your pasta after cooking it, you are washing away the starch that makes the sauce stick to it. The result? Slippery pasta to which sauce won’t cling.

Whipped egg whites provide airy structure for cakes and soufflés, but they need to be whipped to a sufficiently frothy volume. They should be puffy, creamy and glossy. Make sure not to get any yolk when separating the whites; a good method is to crack the egg and let the whites slip through your fingers into a clean bowl while gently holding the yolk with your fingers. Let the whites stand for a while (cold whites don’t whip up as well). Use clean, dry beaters and whip on high speed just until stiff peaks form. Be sure not to over beat or they will become grainy.

Whoever had the wise idea to promote storing coffee beans in the refrigerator or freezer was wrong, but that doesn’t keep most of us from doing it anyway. However, it doesn’t make your coffee better, and in fact, condensation can affect the beans and cause them to lose their beautiful roasted flavor. The most important component in storing your coffee beans is an air-tight glass or ceramic container, kept it in a dark, cool location.

Food needs naps too! When you take meats and baked dishes out of the oven, they need to sit for a few minutes before serving. For meats, this prevents the juices from running amok; and for baked dishes like casseroles and lasagna, it helps the liquids be reabsorbed into the food so you’re not left with a big soupy, slippery mess.

Of course you want to fit as much in the pan as you can, but a pan packed too tightly with food means a pan-full of soggy food that doesn’t brown. When food cooks, it releases water, which turns to steam that needs room to escape; the steam can’t escape if the pan is too crowded. If you want to steam the food, pack the pan, but if you want it to brown, give it some room. If you have too much to cook, use two pans. 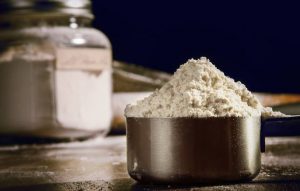 It’s all in the cup. (Photo: Pete Broyles/Shutterstock)

Measuring cups for dry ingredients are straight across and have no spout (or a small one). They don’t have a pronounced spout because they are not made for things that can be poured! They are made for things that like to be leveled with a knife, and a spout might interfere with that. To measure flour, for example, lightly spoon the flour into the cup, and then level it off across the top with the flat side of a knife.

Liquid ingredients should be placed in a liquid measuring cup because it has a spout, but it also has some headroom at the top so that you can measure accurately to the line with room to prevent spillage. When you use a dry measuring cup, you need to fill it to the tippy-top for an accurate measure, at which point sloshing is inevitable.

Did you not read the recipe beforehand? You were supposed to take the butter out and let it reach room temperature, but now you’re all ready to get baking and the butter is perfectly chilled. So, you put it in the microwave, didn’t you? And then you wonder why your cookies spread out like crepes and your cake has the texture of cardboard. Butter needs to be soft, but not too soft — it should yield to the touch, which generally takes 45 minutes at room temperature. If not, it will perform mischievous acts within your baked goods. Lucky for you, we have this: 4 methods for softening butter, including how to do it with your breasts.

Many a baked good relies on the gluten in wheat flour for structure, but the more you mix gluten, the stronger it becomes. This is good for breads and other item that require a brawny gluten for structure, but for tender baked goods — like cakes and cookies — over mixing results in tough treats. If tenderness is desired, mix lightly. That said, piecrusts and biscuits need gluten for structure, but they are the Goldilocks of the baked goods: not too much gluten, not too little gluten … but just right. Finding that sweet spot between tenderness and strength comes with reading instructions closely and experience.

14. Not understanding your oven

Your oven wants to be understood. Have you taken the time to get to know it? Even ovens with the best intentions may be off, but an oven thermometer will solve the mystery of the real temperature. Many ovens also have hot spots. You can test by covering an oven rack with slices of bread, turning the oven on to 350 degrees, and seeing if any of them burn before the others.

You know the old joke about someone not knowing how to boil water? That might be you! Are you simmering when you should be boiling? Boiling when you should be simmering? There’s a big difference and using the wrong one can have a significant effect on what you’re cooking. When simmering, a few bubbles at most might break the surface every few seconds; when boiling, the water should be really bubbling. If simmering meat or fish, place the food in cold water and bring it to a simmer; when boiling vegetables or pasta, add the food to water that is actively roiling. (Who knew boiling water could be complicated?) 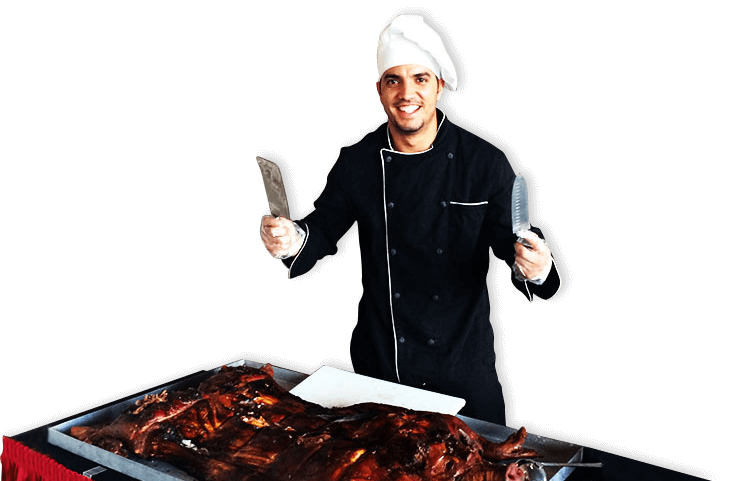